I brought my first house in El turro in 2004, and it eventfully became habitable in 2007, and I decided that to buy the house next door was a good idea. This was probably about 2007/8. This blog is story of the renovation,etc.I eventually thanks to a friend, obtained a builder to help my plans come true. 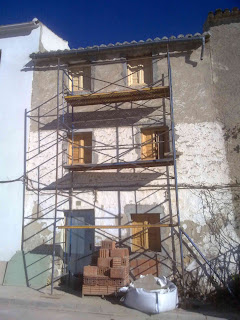 The image's gives you an idea, of the work involves, knocking down walls, floors and windows,digging ground floor, and laying new waste drains. The work started in September 2011. 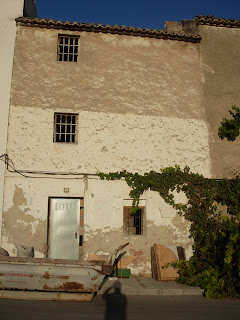 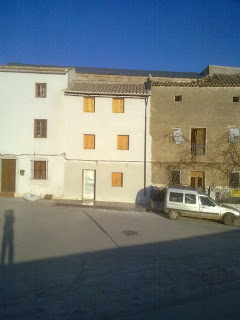 The house eventually would have new windows, floors stairs, and an extension on middle floor with a new bathroom.

This is the first part of the transformation, it will be know my time, to get my hands dirty over the next few years, before my move to El turro. ( Front view . Dec 2012 ) 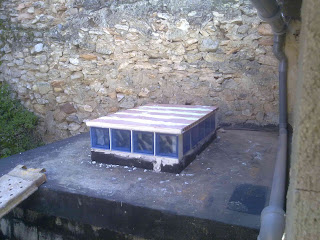 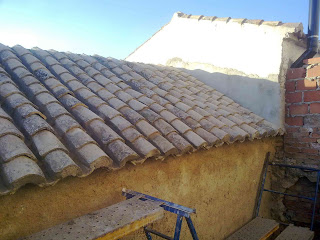 Reformed roof, after changing my original plans from a split roof with terrace.

In the summer of 2012 there was a large void to fill in, this was achieved, by helping friends in Cacin, to dig up around there pool, and transport to El turro, and thanks to Juan,Antonio, and Isaac we manged to take the rubble up 2 lots of stairs, and fill the big hole. Then i it time to put a new concrete base, and create a new patio area, and eventually connect the patios together.(2012 ). We started to connect the the water, initially in the kitchen and built two new walls, and remove the old plaster from the walls. Also new door onto the patio.Photos below show the current state of the patio. The top picture is the patio from house number 9.
The area to the left is where the jacuzzi will be placed. The second photo shows the lower patio area, and door into the house and steps joining the 2 patio's together, ( Sept 2013) 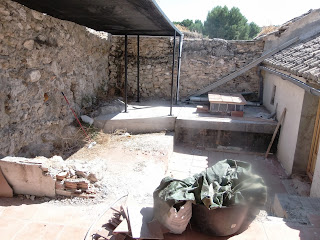 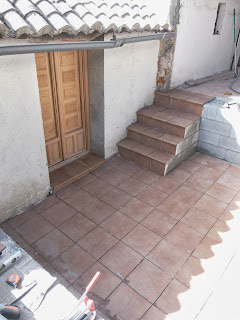 In march 2014 the Jacuzzi will be installed, and it will be time to move inside,starting by completing the ground floor, which will be kitchen/lounge.